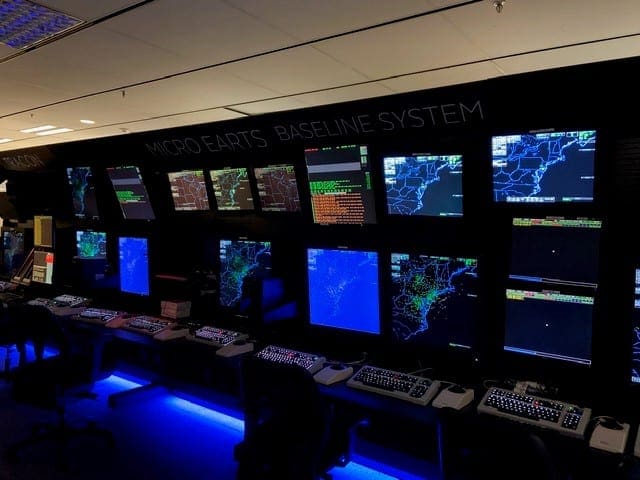 The Micro-EARTS (MEARTS) Lab at the FAA’s William J. Hughes Technical Center (WJHTC) is responsible for developing, upgrading, maintaining and deploying the Air Traffic Control (ATC) Systems that are used for All Oceanic ATC Operations at Hawaii, Guam, San Juan, Anchorage and St Thomas.  Software and Hardware are developed and tested and fielded from here.

The lab at the WJHTC has confined space available and requires that the systems and monitors are on multi levels or the display wall while also containing the necessary area to accommodate the processors that run those elaborate systems.  Keeping the lab functioning to accomplish the mission while expanding was a challenge. There are also needs for a training area and workstations for the employees to do their testing and individual projects during installation/transition.

By transitioning the entire Micro-EARTS Lab to Russ Bassett consoles over the course of 3 years we have developed a lab like no other at the WJHTC.  We now have sufficient space to accommodate all of the processors, training areas and monitors as well as the ability to grow.  Our use of the Russ Bassett Vector Consoles, Structure Walls and Flex Desks has given us the ability to do anything we want and more….

“We looked at all the other products on the market and currently in use at the WJHTC.  What we found was that the Russ Bassett Consoles met or exceeded everything we needed.  The competitors were either made in Canada or “mostly” made in the USA but a large percentage was made in China.  Russ Bassett is 100% Made in USA by an American Company owned by Americans.  This was a large selling point on top of the quality of the product.”  Joe went on to say that, “Although the Russ Bassett product was slightly more expensive the product was superior in every way.  The tambour door provides incredibly easy access to the processors, the total blocking of light from front to rear and the Seismic certification were all major selling points and Russ Bassett was the only one able to fill all of those needs.” 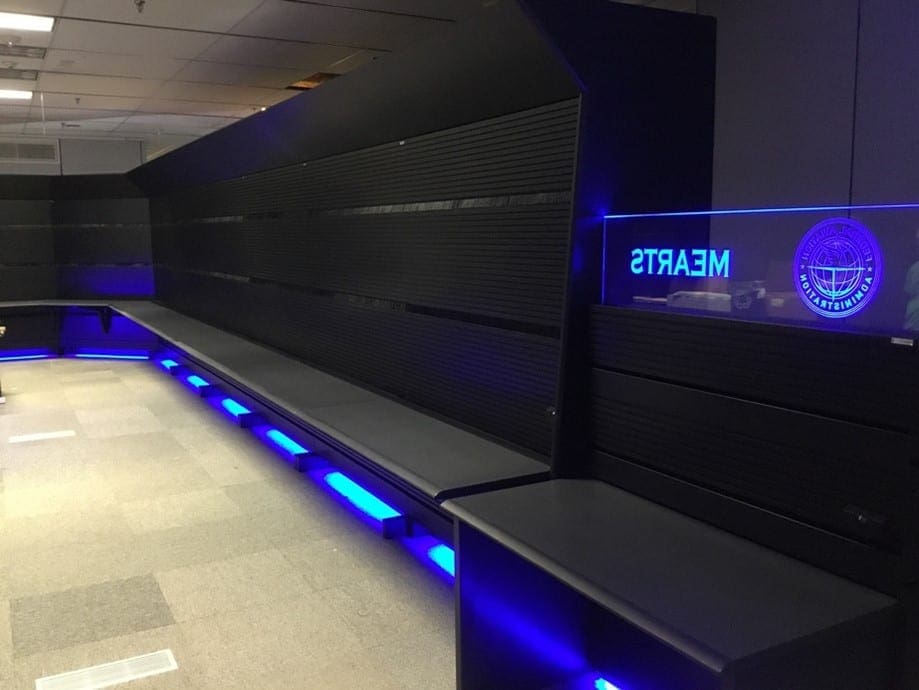 The Evolution of the Project

The project evolved over three years and four phases: 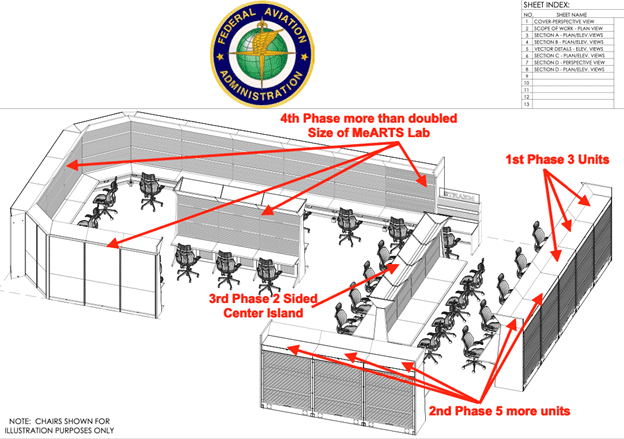 “One of the great things about Russ Bassett Products is that they are easily expandable and versatile,” Joe said.  “We needed to plan for this project to expand incrementally while we continued to meet our mission goals.”  The Russ Bassett team helped Joe’s team plan and design the lab according to the FAA team’s specific needs.  Expanding and adding on to existing consoles proved to be very simple. 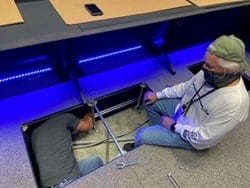 One requirement was that all consoles are anchored properly as many of MEARTS sites are in seismic zones or tsunami areas.  That is another area where Russ Bassett excelled.  Russ Bassett’s Vector Unit is the only one on the market rated to withstand up to 2 times the force of gravity.  It was certified by the University of California at Berkley on their Shake Test Table at two times the force of gravity, roughly equivalent to an 8.0 Richter scale magnitude earthquake.

Joe Smarra feels that, “During the course of this project the Russ Bassett personnel became like family.  Each evolution and installation were better than the previous and our relationships grew organically.  We not only trust Russ Bassett and enjoy their products, we have grown to respect and appreciate the efforts of every single person at Russ Bassett; beginning with the  Engineering and Design Lead Marvi Higuera and the Director of ATC Consoles Mitch Herrick.  Marvi has a knack for designing things exactly as need and Mitch has been constantly available and participated in every installation.  He makes sure the product is what we want and that it is always done right.  Mike Dressendorfer, the VP for Air Traffic has developed a reputation for innovation and open-mindedness.  Project Manager Randy Tutaj leads a team of tireless installers who always go above and beyond to ensure everything is perfect.

We wanted to make better use of the space to function and look better.  RB provides specialty solutions that meet the needs of unique environments. They helped us upgrade our environment from a hodge-podge to professional which has positively impacted the way our teams feel about the division/space. 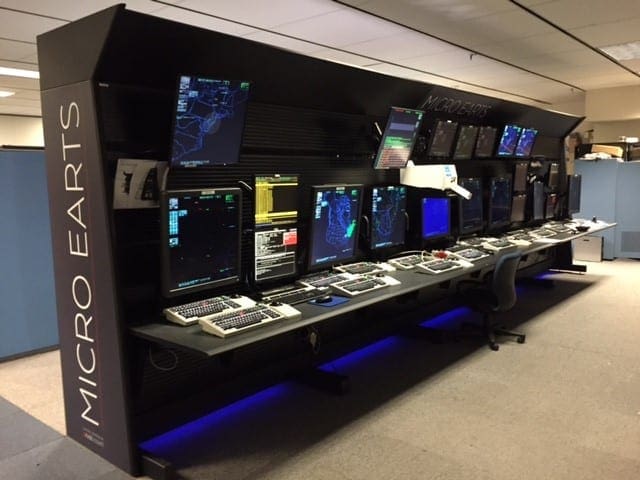 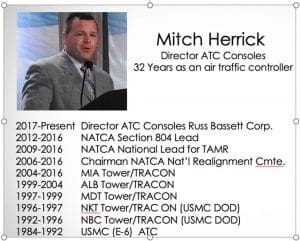 Knowing how the ATC environment functions is really important.  My experience as a controller and my years of interactions with both controllers and maintenance personnel helps me to help the customer.  – Mitch Herrick, Director ATC Consoles

Complete the contact form to view the full plan.